A couple of years ago I bought (at that time) a laptop powerhouse. Apple had just introduced its Retina Macbook Pro and started phasing out its easily modded predecessor.

That time I waws using an Apple MacBook Pro Mid 2012 and I’ve had it modded multiple times: increased memory to 8GB, replaced the HDD with an SSD, and replaced the SuperDrive with 1TB HDD. I was planning on purchasing the next generation MacBook Pro but when I heard that it won’t be as moddable, I decided to look somewhere else.

One of my colleagues mentioned a brand new shop called Illegear that were reselling and customizing Clevo laptops. I looked through their products list and bought the cheapest of their higher end models: the RE-15. 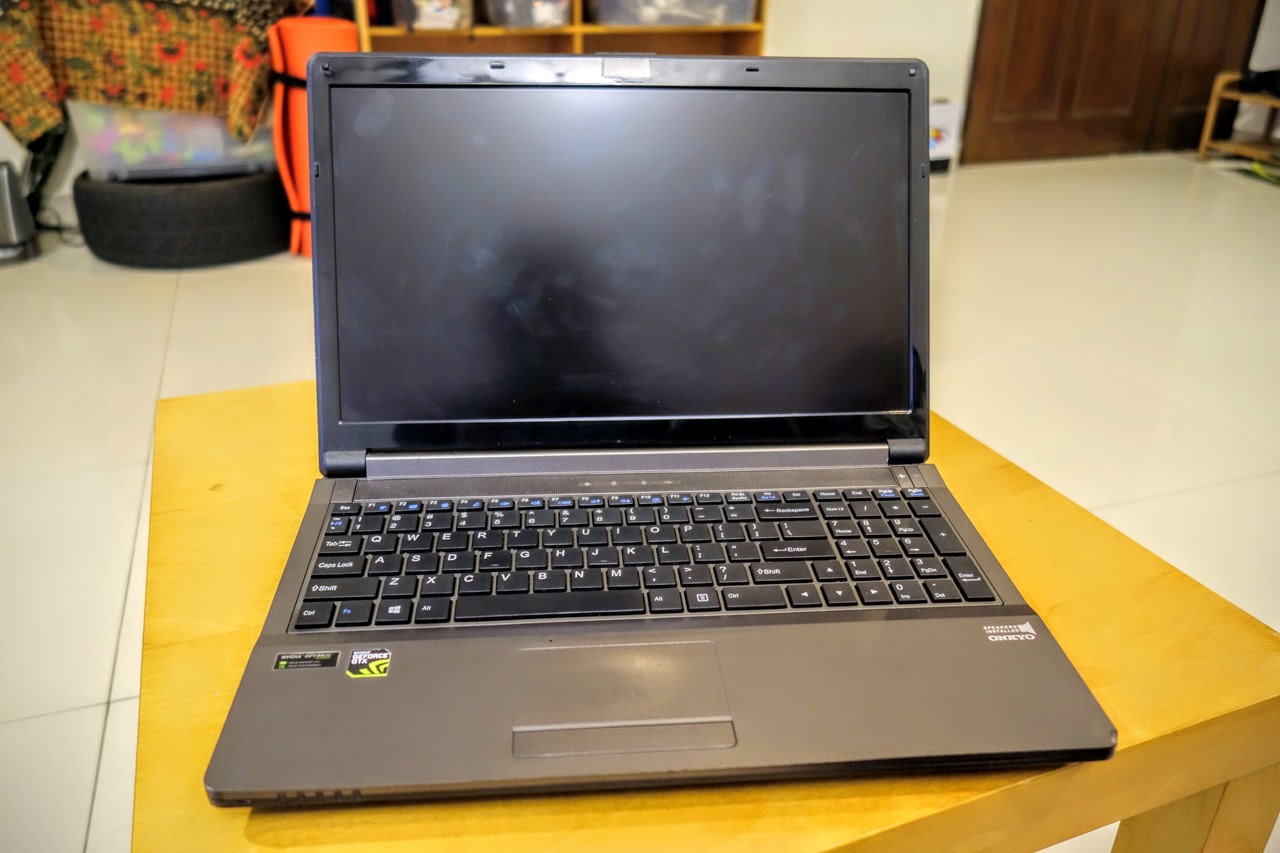 it looks so much bigger, but it’s actually almost the same dimensions as my 15” MacBook Pro

Here was the full order details:

That time they were giving the Automotive Clear Coat for free, but it adds almost a week to the delivery time. I was impatient so I opted for a plain chassis. I have also since modded the machine which I will talk about in a bit.

This laptop has been reviewed a number of times in the past (here’s my favorite) so I won’t cover it anymore. What I will write about would be the interesting stuff I’ve done and discovered with this machine.

For example, here’s a tip: always get the display planel with the highest color gamut available. I chose the 95% NTSC panel because I wanted to know the difference (I had been using a TN LCD monitor at this point) and I remember being amazed at the difference. Splurging on the display is worth it.

Here’s another one: always get a keyboard with a backlight. This one doesn’t and it’s really difficult to use when it’s dark. Aside from the backlight the touchpad is too much to the center instead of under the spacebar; the palm rejection isn’t so good and a brush by my right palm would often move the cursor somewhere else. Disabling tap to click makes the issue a bit more bearable.s 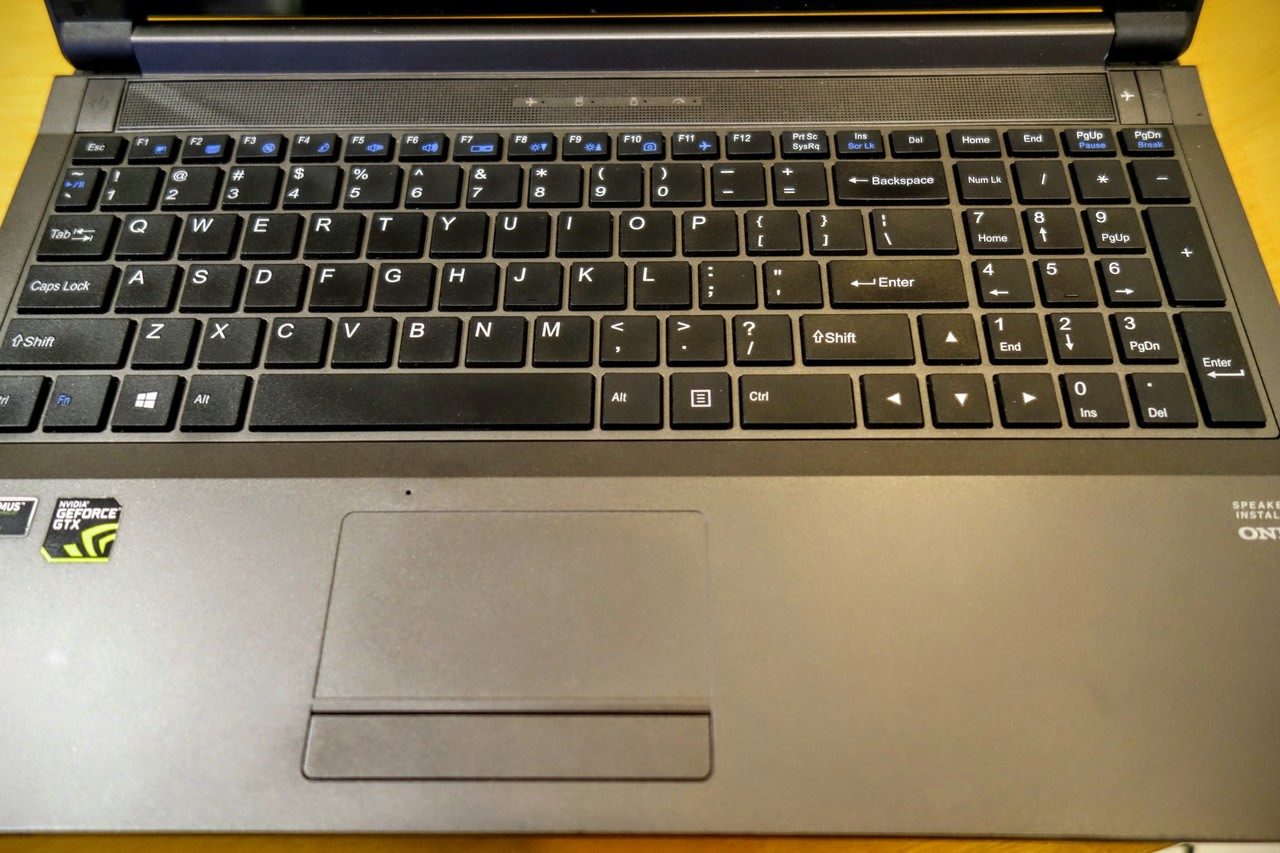 I’ve added in a few things through the years and I don’t really know how much they cost now. One great thing about the Clevos is that they are almost just like desktops – it’s really easy to mod them. For example, I just recently replaced the thermal compound with some arctic silver (you can see the CPU and the GPU copper heatsinks). 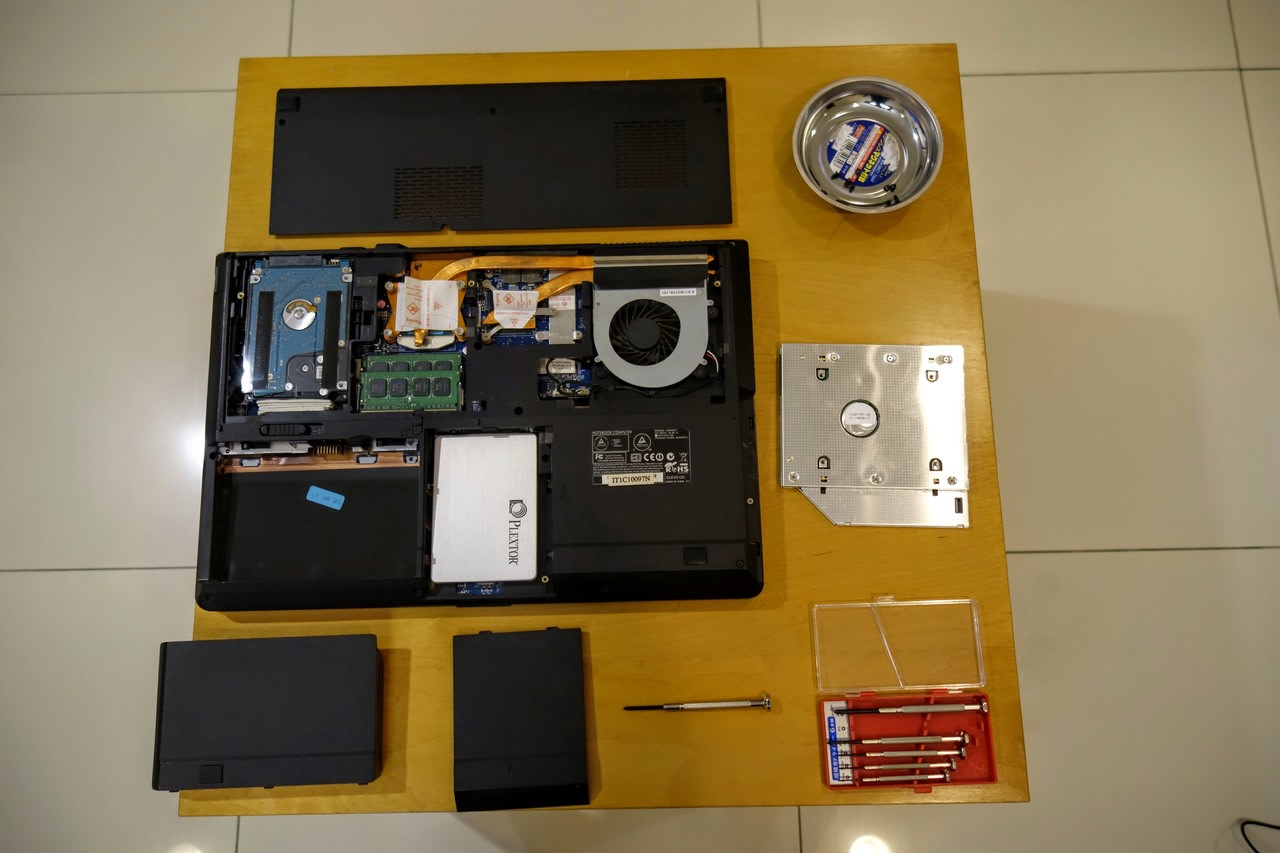 all you need to open up the chassis is a phillips screwdriver; there are only three screws for the bottom cover and one screw for the upper drive cover

The chassis is plastic but quite tough. I’ve dropped this a number of times from a height of two feet (that’s what happens when you fall asleep while working on your laptop) and it’s still chugging along. I had to remove a fewstray bits of plastic from inside the laptop though, and until now there are still some rattling noises when I invert the laptop. 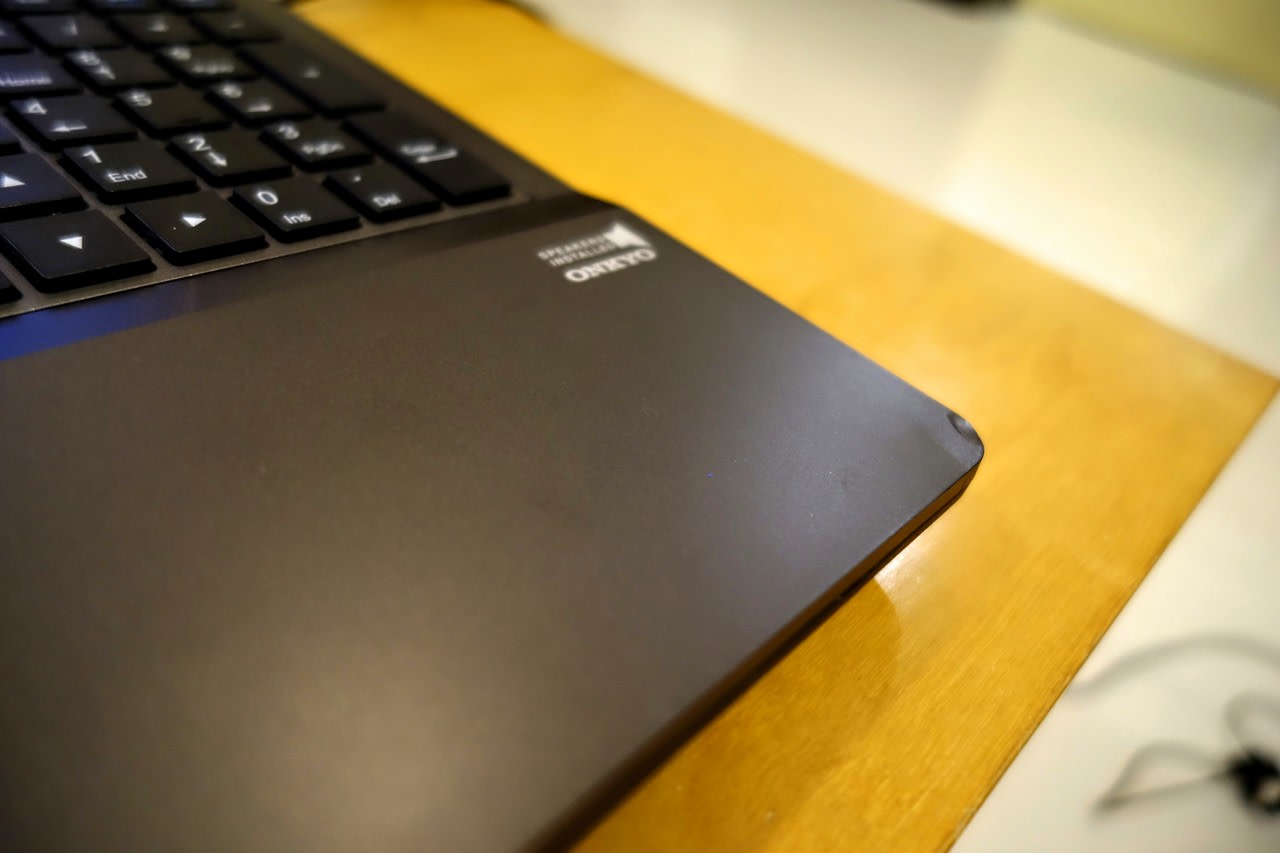 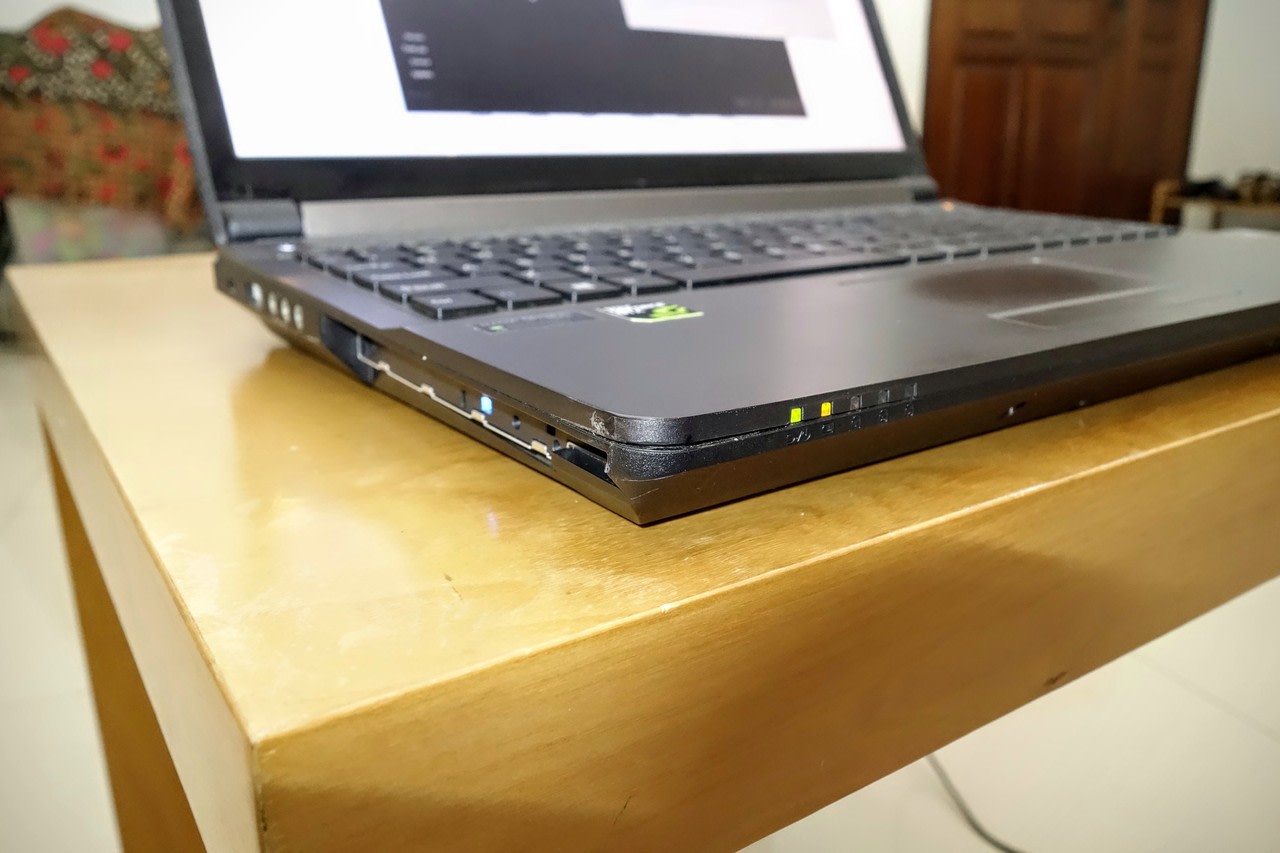 left side corner is even worse; I can’t close that gap :(

It’s still quite a usable machine and I’ve installed Ubuntu Gnome on it, although currently I’m trying out how to hackintosh this Clevo. I’m planning to do some iOS progamming and even though I do have a MacBook Pro that’s powerful enough to handle XCode, I think this laptop would be even faster. Plus, with all the advances in SSD technology, I can just easily replace the SSD with a faster one and still eke out a few more years from it. 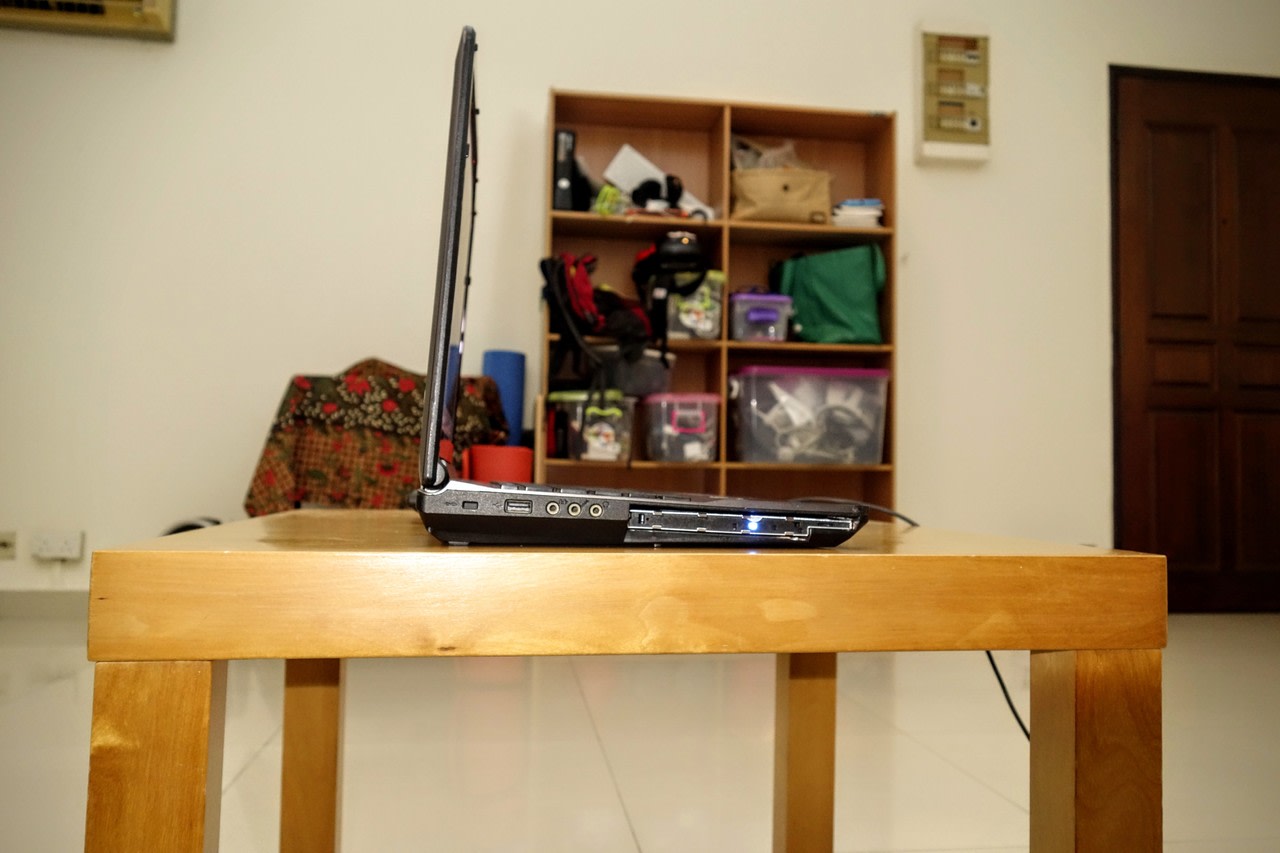 left side, showing a kensington lock, USB2, optical, mic, and headphone jacks, and the HDD caddy containing a 1TB HDD 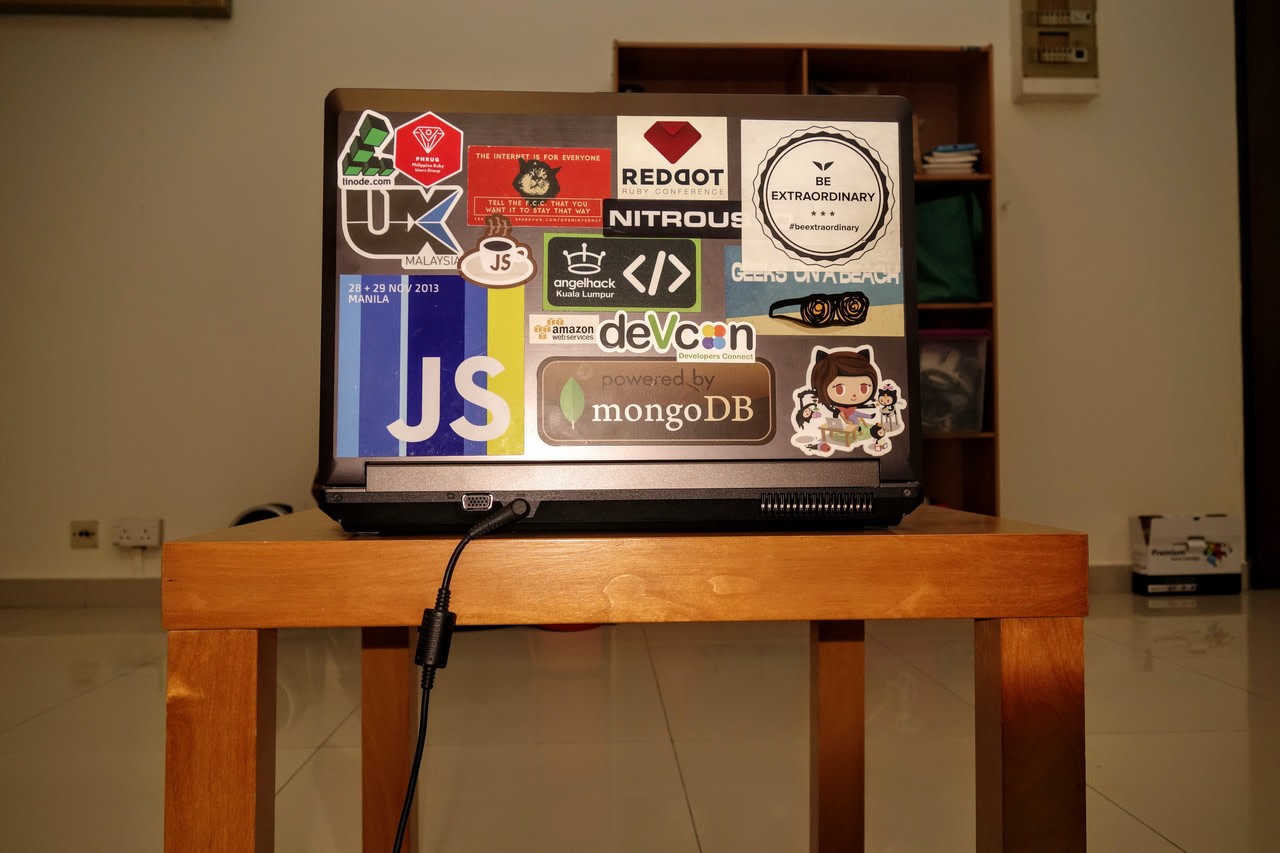 the lid – I’ve collected a number of stickers and affixed them on the laptop, and showing a VGA port and the power port 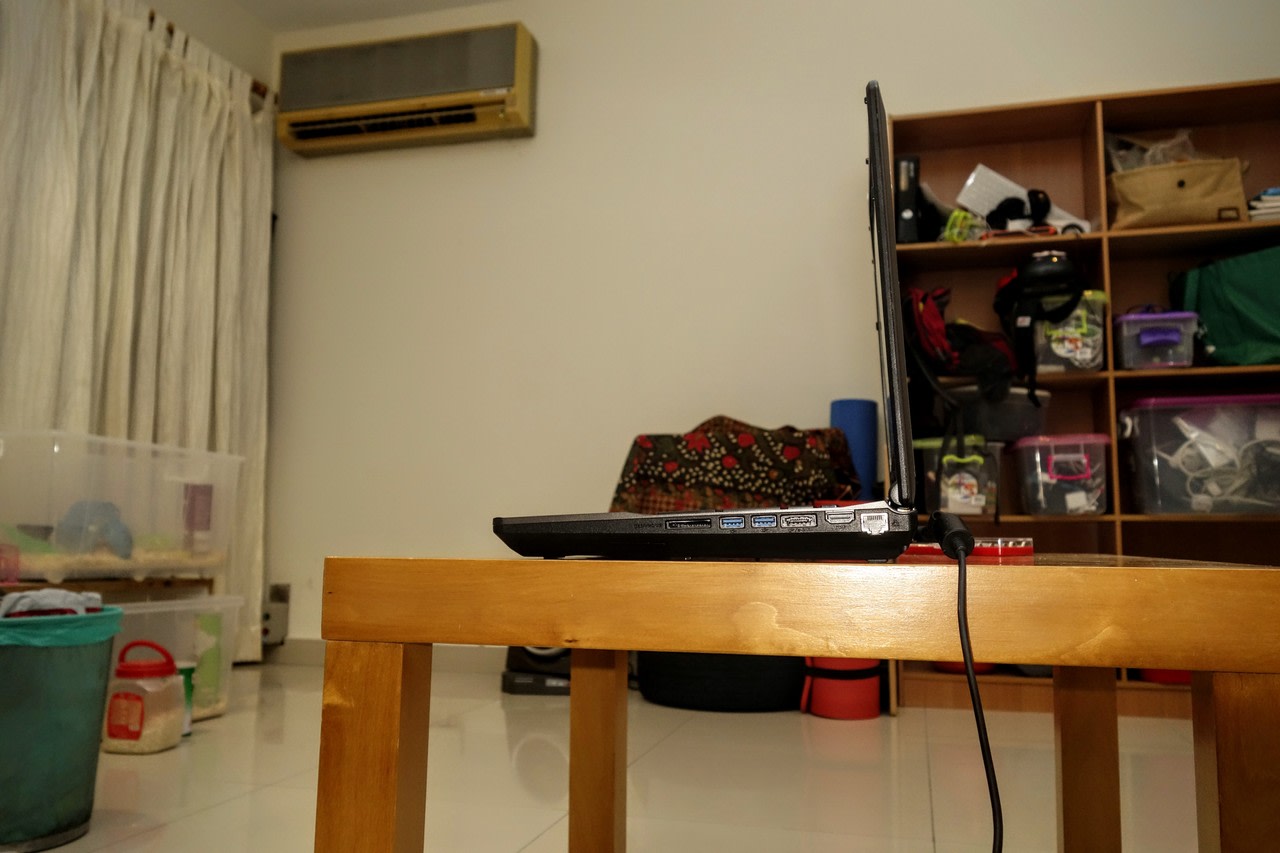 I’ve taken this laptop to many a hackathon, and it’s delivered. This is definitely one of my best-valued laptop purchase, and if I ever need to upgrade to a new mobile workstation, I’m getting another Clevo from Illegear. 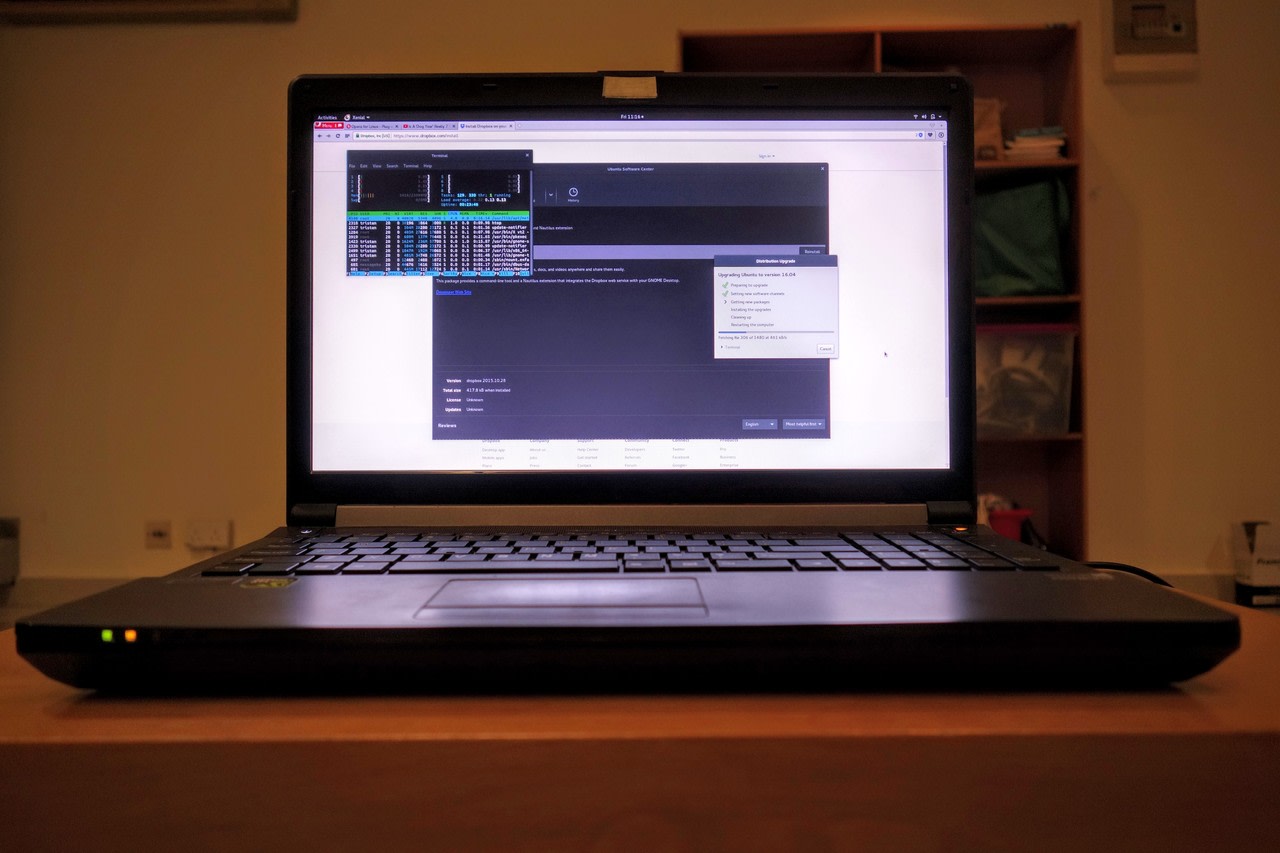 I’m not a stranger to hackintoshes. One of my work computers was a desktop whose parts list was taken from CustoMac buyer’s guide (here would be the buyer’s guide at the time of writing, in case you’re interested). ...

One of my colleagues was planning to throw away her old and slow Macbook Air 11 so I decided to just buy it off from her instead. ...