TLDR; The Lenovo M720q has dimensions, performance, and capabilities almost exactly the same as the mac mini at a more affordable price. You do lose Thunderbolt 3 connectivity as well as having to use an external power supply, but the flexibility the unit gives outweighs these compromises.

Like many people, I was also waiting for Apple to update the Mac Mini. The Mac Mini was my second Apple computer (the first was the 2011 Macbook Air) and I bought it primarily because it was the cheapest mac that Apple had to offer. So it was a bit of a mix of relief and disappointment that Apple announced the Mac Mini specs – which was a really big jump from its previous incarnations – and its price, which was also a big jump from its previous incarnations.

I’ve been thinking about purchasing the Mac Mini for many days, and I’ve been trying to consider alternatives. A couple of years back I bought the Intel NUC 7i5BNH which was the very first NUC that had Thunderbolt 3 capabilities, and is really easy to hackintosh. I thought that if I were to get a new machine, it’s not gonna be an ultraportable with long battery life (I’ve already got the T480 for that), nor is it gonna be a gaming laptop (I’ve already got a Clevo P651 for that, plus I have the 1070 version), nor is it gonna be a full desktop (I’ve already got a i7-3770 that I’ve converted into an unRAID server to store old files and videos).

If I were to get a new machine, it’s gonna be either the Mac Mini, or something very similar in form factor. 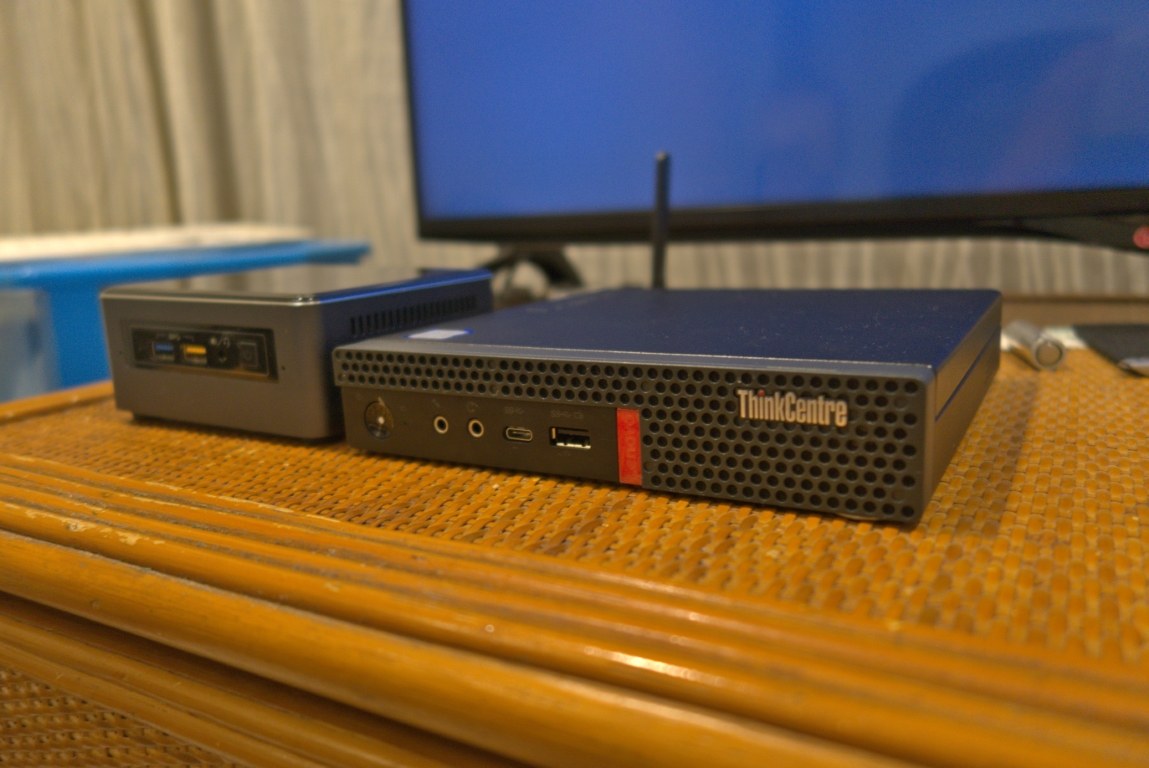 After looking around, I found the ThinkCentre Tiny line of products by Lenovo and I was hooked. I’ve had a really good experience buying my first modern ThinkPad online, and I thought that maybe I’d go ahead and get myself one of these small form factor PCs. 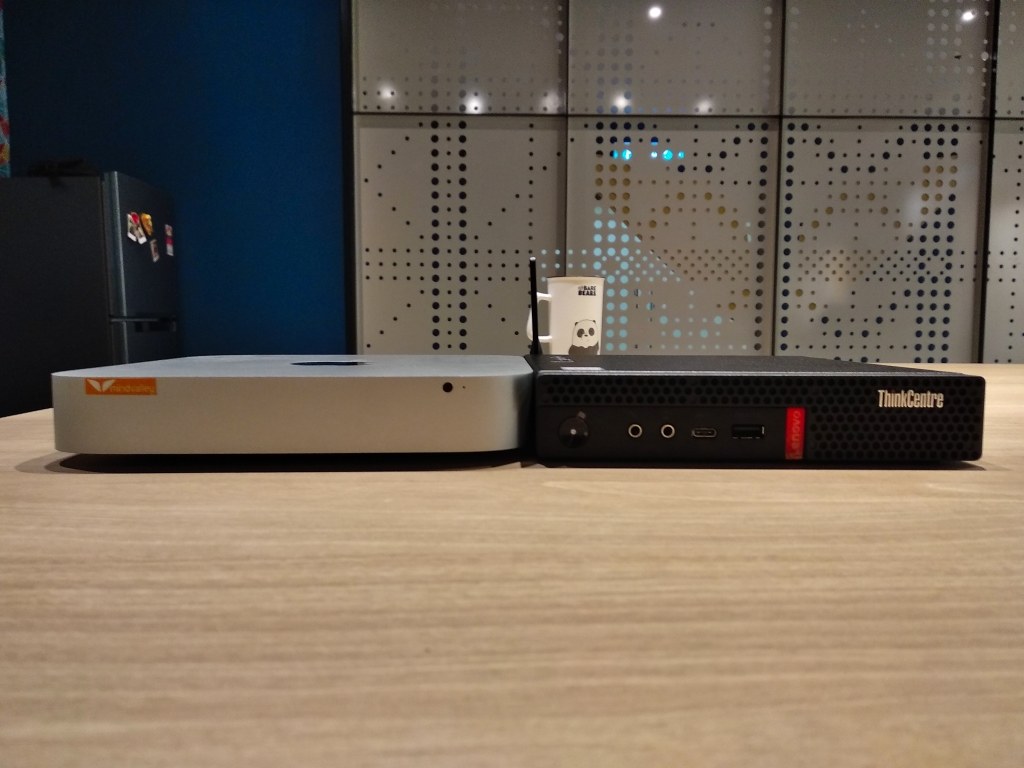 I don’t have the latest Mac Mini but I was able to borrow one of the older generation Mac Mini’s from the office to have a visual comparison.

The Lenovo purchase process couldn’t be more different from that of Apple’s. Whereas the choices are quite straightforward (if not limited) with the Mac Mini: 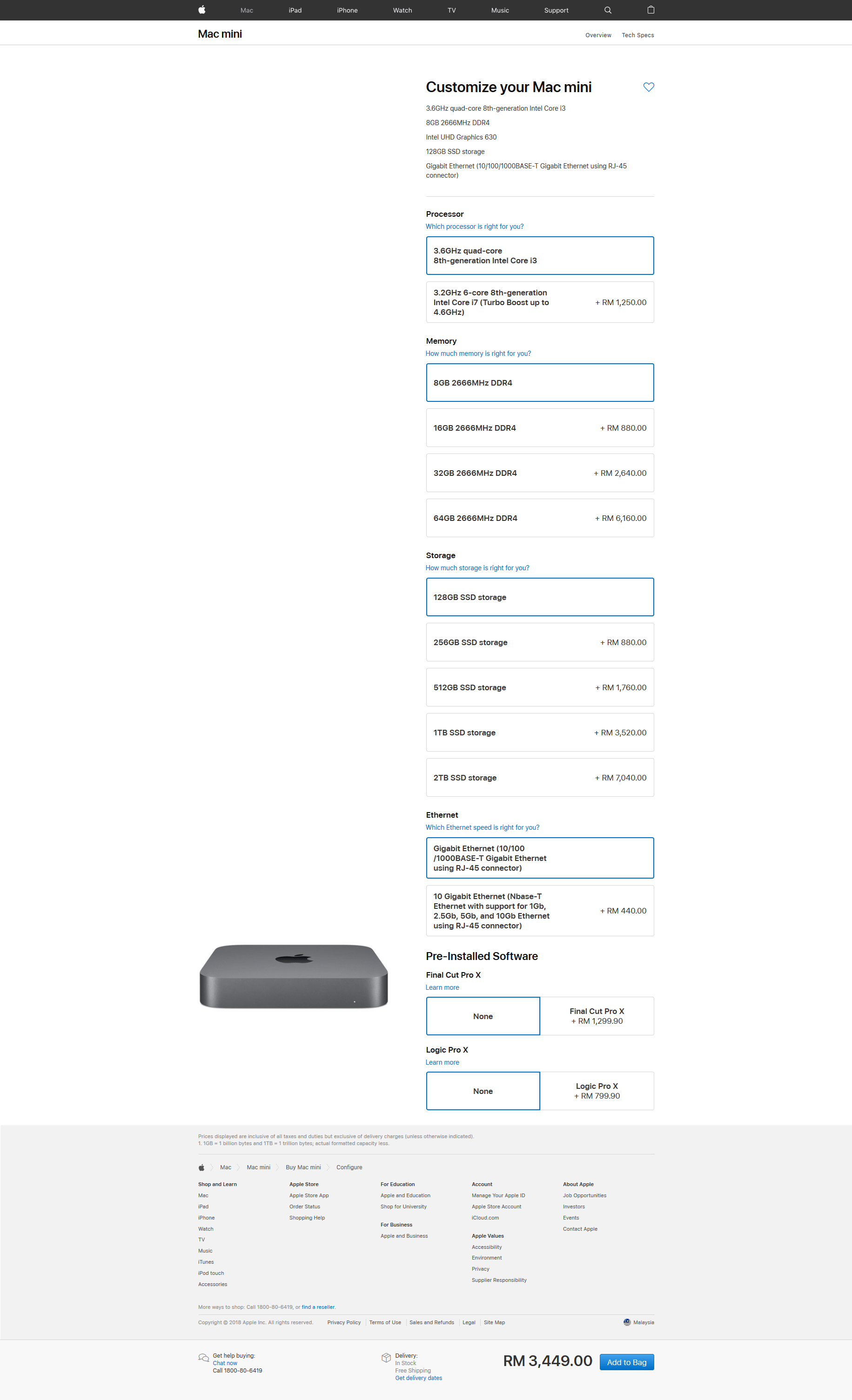 Choose your processor, your memory, your storage, your wallet; pick three

The ThinkCentre Tiny is so similar to the Mac Mini that it’s difficult not to make comparisons:

Then there are those hardware and features that don’t usually make it to the spec sheets: 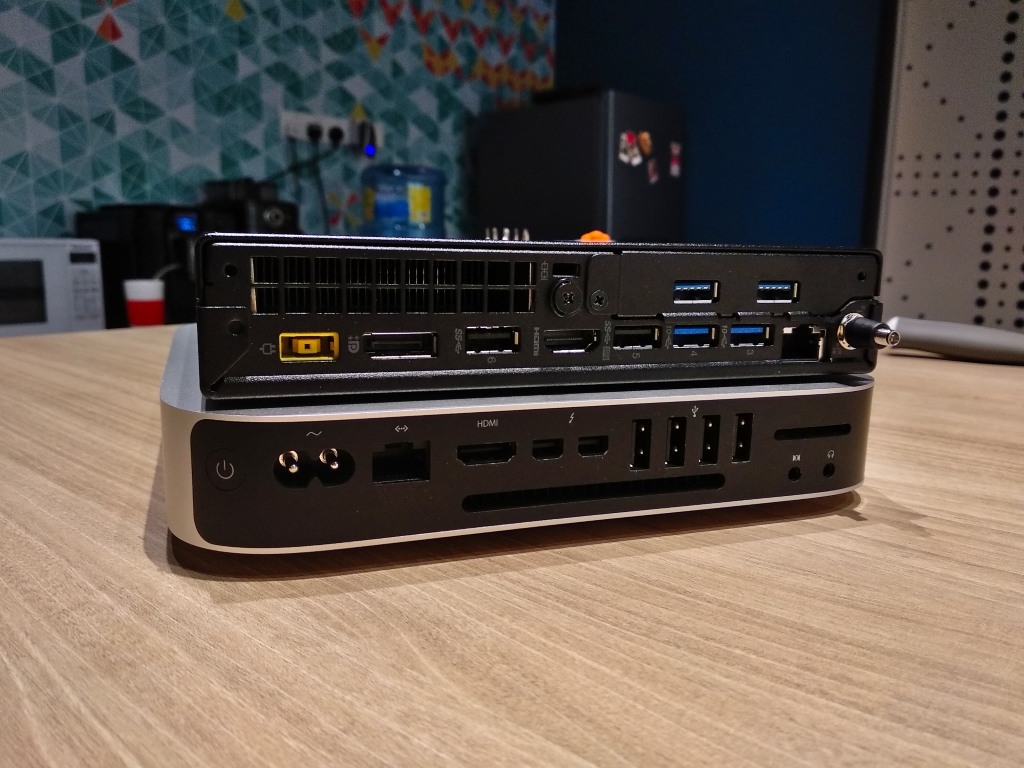 No shortage of ports for both of them

My unit came with the Rambo DVD drive which increases the height a bit, but it’s optional. I’m not sure if I want to keep it inside though as it makes the whole thing a lot heavier. Then again, it was only an extra $10 or so :P 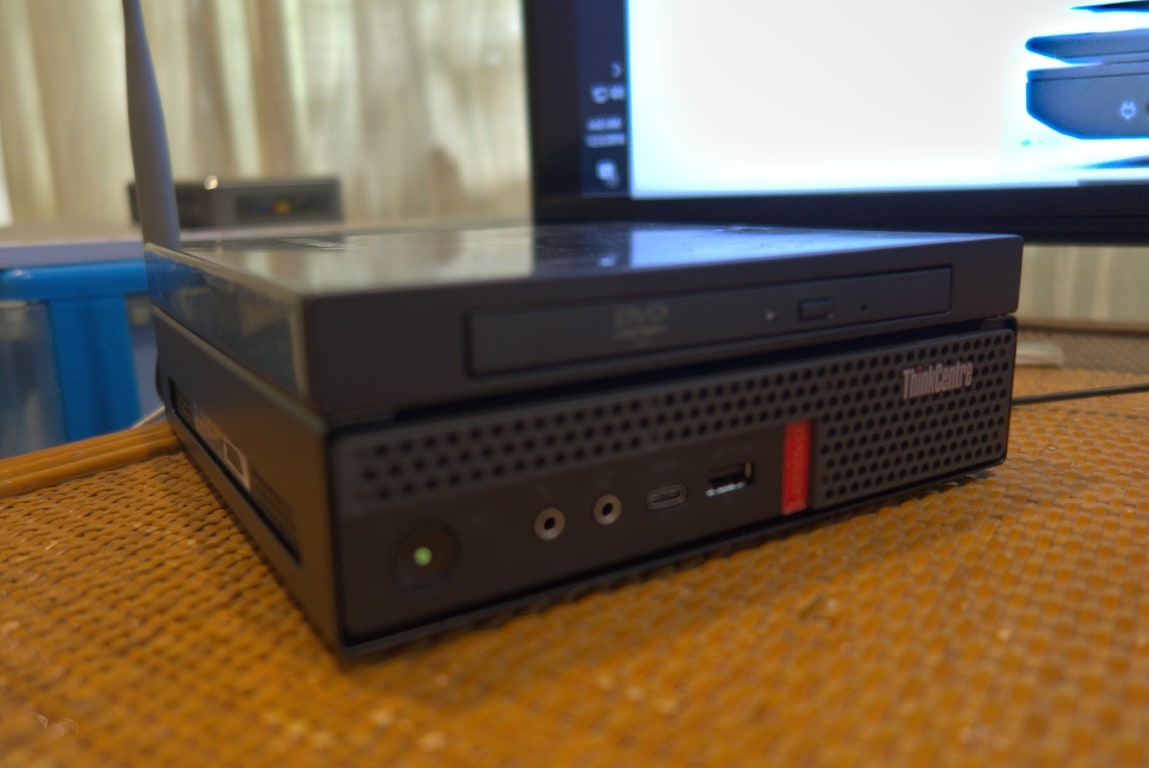 The Ramb DVD Drive adds about an extra 2cm to the height of the whole unit. It adds some VESA mount points as well.

I’ve just finished setting it up and will be running benchmarks to check for performance soon. They’re all not done yet, but the initial numbers are looking pretty good :)

TLDR; With a tool-less design, one can easily replace both the RAM and the SSD without the need of a screw driver. Unlike the Mac Mini 2018, the RAM and the SSD are considered as CRU (Customer Replaceable Units) and all instructions are found in the manual. ...

TLDR; The Lenovo Thinkpad T480 has an amazing keyboard, a powerbridge system giving it a long battery life, a really crisp WQHD screen, and an almost fully compatible set of hardware with Ubuntu. The fingerprint reader doesn’t work though, and it’s a bit more bulky than the Dell XPS 13, especially with the external 72Wh battery. ...